Recognised by the World Health Organisation as the most powerful water sanitiser available, Chlorine Dioxide is being used in more than 900 public water systems worldwide. A clean and effective means of treating drinking water to remove dangerous bacteria such as E. Coli and Legionella.

Chlorine Dioxide is a biodegradable and oxidising agent proven in the safe and effective sanitisation of water. Since 1944 it has been used by governments and industry alike as a way to treat water, guard against water born pathogens and viruses, and destroy phenols, algae, sulfides, iron and manganese contaminants.

Its proven record in water sanitisation applications has seen Chlorine Dioxide broaden its commercial reach to a wide variety of potable, process and wastewater applications as well as for air treatment control.

Despite its name Chlorine Dioxide is NOT chlorine and is recognised as molecularly and behaviourally different. Unlike chlorine, Chlorine Dioxide performs via the unique science of oxidation with no toxic residue or dangerous carcinogenic by-products.

The superiority of molecular oxidation makes Chlorine Dioxide a safer and more powerful option when compared to traditional chlorination methods. It is proven to offer effectiveness over a wide PH range (4 to 10), a potency to destroy bacteria, spores, protozoa and viruses including legionella and it offers a safeguard against the occurrence of treatment-resistant strains of microorganisms in the face of repeated use.

After activation, Chlorine Dioxide breaks down into sodium chlorite more commonly known as salt. By contrast, traditional chlorination methods deliver a break down into trihalomethanes, which are pervasively toxic and non-biodegradable.

Chlorine dioxide dosing rates are also vastly superior when compared to chlorine alternatives: a small dose of 20 grams for instance has the capacity to treat up to 500 litres of water instantly.

After successful long-term use in foreign municipal water treatment programs, Chlorine Dioxide was branded by the World Health Organisation as the most powerful water sanitiser available. It has been approved under Australian Drinking Water Guidelines since 2005. Since that time, it has steadily found wide acceptance and application across many industry sectors.

Natural Water Solutions and its science backed CleanOxide range has been at the forefront of the Chlorine Dioxide story in Australia since 2010. During this time, Natural Water Solutions has been responsible for pioneering bespoke applications to such industry sectors as the mining, oil & gas industries, agriculture, hospitals as well as food and hygiene sectors.

With its established track record in environmental sensitivity, such industries are now coming to the fuller realisation that Chlorine Dioxide can impact more than just health and hygiene agendas and can deliver replacement models for traditional corrosive methods for plant and machinery care.

Australian mining sites are at the forefront of established commercial models delivering a broad range of treatment and usage options with commercially desirable savings and results. 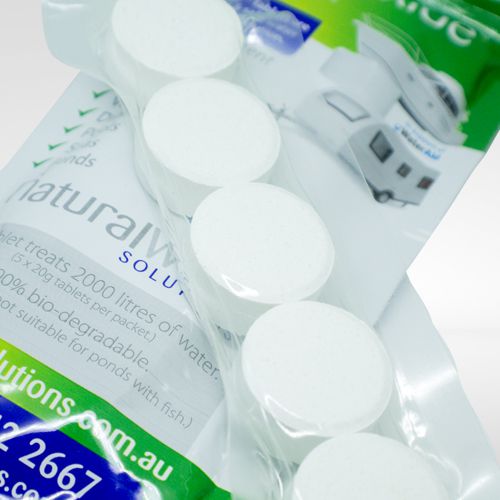 Their CleanOxide™ range is available from 4g tablets to larger quantities suited to commercial and industrial applications. 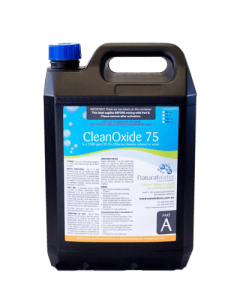